I've got a new blog - I GIVE YOU THE VERBS

This year I've started a new blog - it's going really well, and I'd love you to come and check it out. 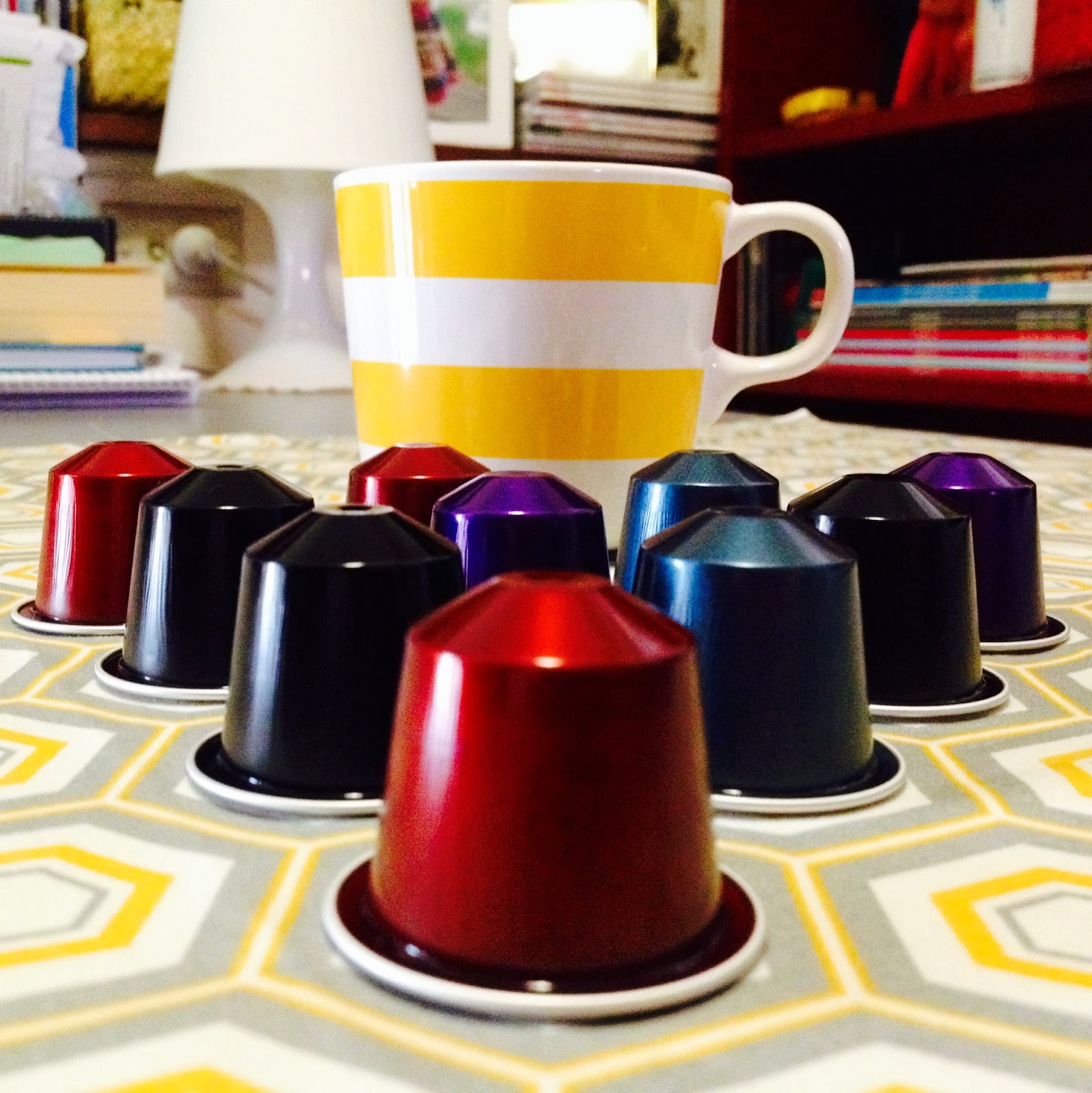 It's okay folks, Dick has the answer!!

Here's a quote from a switched on religious fella in America (of the Southern Baptist variety), about a nifty social policy for the 21st century. Richard, or Dick as I prefer to call him, has it all sorted - brilliant!! 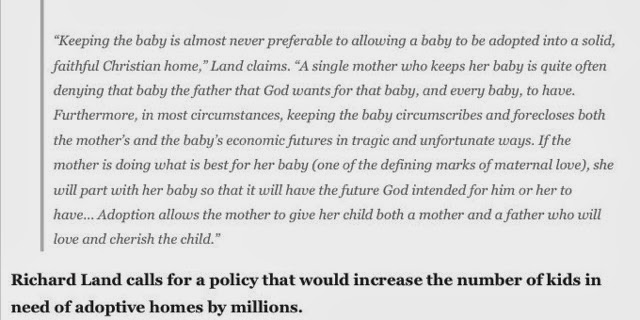 In case you're wondering - I could not disagree more, or be more disgusted. These comments make me feel sick, from the deepest part of my soul - they cause an indescribable, visceral, cellular-level reaction.
Dick by name, dickhead by nature it seems!
A couple of observations - firstly, and hopefully most obviously, this guy seems to be a lunatic, a hopefully endangered in his thinking kind of moron. Secondly, all babies come into the world courtesy of a mother and a father, so Dick's 'chosen family' premise takes a pretty big hit on that front. Thirdly, babies aren't commodities - and they have this terrible habit of growing into teens, then adults, who have lots of issues around being adopted.
It is disgusting to read comments like this. Utterly horrifying. I am an adoptee, so I have decades of first hand experience at this adoption biz.
Adoption isn't easy, or without lifelong consequences. The ripple effect is immense... for mothers, fathers, sisters and brothers, grandparents, and way beyond - for the adoptee, the parents who gave the child life, the parents who raise adopted kids, and into all the significant relationships all those people have.
It seems people are reluctant to really talk about the full impact of adoption*** - people really want it to be 'for the best' and even righteous. The fundamental problems around such naive beliefs have come to the fore in the past few years in Australia, after decades of activism from mostly single mothers who had their children removed by force, with state and federal governments, churches and hospitals finally apologising for past mistakes.
Dick doesn't seem to have received the memo. I'll offer him one tip for his strategy - don't teach those babies in need of god's preferred family to speak - it may come back and bite you one day.
Annette
***It is not possible to discuss every aspect of adoption here. This reflection is a response to these quoted comments by Richard Land. I do not utterly condemn adoption, nor do I unreservedly support it.
Posted by Annette at 11:58 pm No comments:

The power of "sorry"

Being at Thursday's national apology for forced adoptions was something really special.

I don't know that I can deftly describe the feeling of being with a large group of people who have a variation of your own journey written on their souls... it was amazing. At home amongst all those sister strangers. There were tears, snatches of conversations about unique lives all somehow marked by the same wounds murmuring all around, a few jeers (nice work Tone), heartfelt applause, and lots of moments of relief and maybe even a few heavy, heavy loads being laid down as people were told by the PM, we finally hear you, we see you, we are sorry we abandoned you in your most vulnerable moment, we will help you to gain some semblance of healing... breathtaking stuff.

And Canberra may have more than the usual population of power-hungry loons, but the city is beautiful, elegantly laid out and offers more than you could possibly imbibe, enjoy and marvel at in five days.

I'll definitely be back.

And Julia, when history records your time as Prime Minister, Thursday 21/3/13 won't be remembered by those present in the Great Hall as the attempted spilling of political power - but as a day when we came together, spilled tears and stories over a shameful past, tears over losses unknown, tears with the power to heal as they fall, and that makes it a day I will never forget.

Bringing things into the light... never too late, and so powerful. 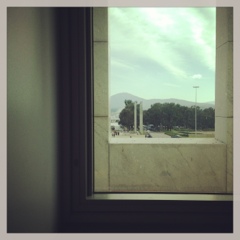 Fantastic night's sleep set me up for a great day out and about in Canberra. Blue skies, light breeze, 25 - perfection!
Decided to start at the National Museum to see the 'Glorious Days' exhibition. Really great - so interesting to see Australian life 100 years ago - the cars, sports, fashion and political landscape - definitely worth the $10 entry. Friendly staff, great building, enjoyed lunch on the beautiful deck where I lingered over my meal and the view of Parliament House.
Option anxiety then set in and I couldn't decide what to see next - so much great stuff on in this city and 90% of it free. Ended up choosing the National Archives to see 'Design 29' - an exhibition of the winning bid to design Canberra. Good but not as good as I expected it to be. There was a bid that included a mental asylum - prophetic planning given some of our politicians' behaviour at Question Time!? Their cafe, 'Banned', was a treat - saucy banned books and the govt papers barely discussing their debauchery. Read some raunchy gay & drug addict fiction while enjoying a Coke... the drink people!!
Bus home, snack, my next decision; what to do for dinner.
Loving this city so far. 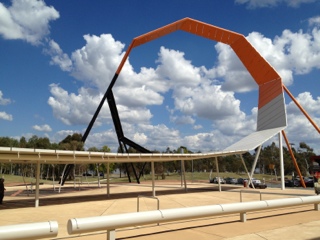 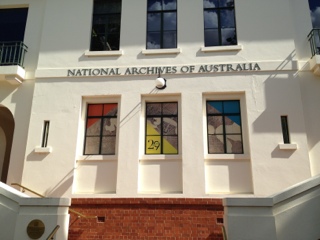 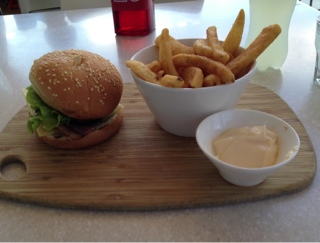 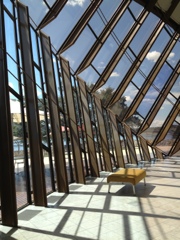 Sitting in the airport departure gate - more than an hour early (name that personality type - anyone??) and really looking forward a holiday to the nation's capital for the first time.

Will probably post a bit about my trip during the week, and how it is to be at Parliament House on Thursday for a deeply emotional apology by the govt regarding past forced adoption practices.

But first, an overpriced coffee!


PS That dream job I had - goneski. Unceremoniously made redundant on Friday, so that's doing wonders for my holiday budget! While trying to take the high road, I hope they'll regret it. I rocked! 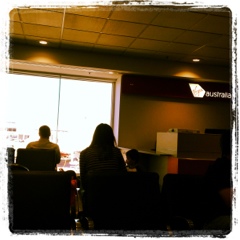 I love a string of fairy lights, or a string of coloured lights, and a house absolutely pulsating with festive bulbs - yay! 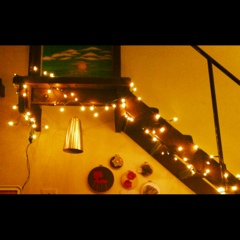 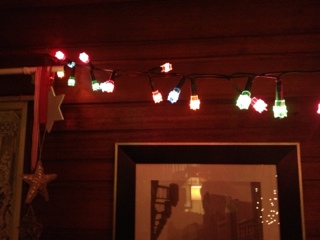 Posted by Annette at 9:19 pm No comments:

Too late to apologise?

I have an unusual invitation on my hall table - it's an invitation to an apology.

I've never received an invitation to an apology before, have you?

Apologies are usually not formally announced, with a guest list drawn up and an 'after party' (or should that be wake?) planned.

This week I will go and sit in Queen's Hall at the Victorian Parliament and listen to a powerful white man apologise for the mistakes of previously powerful white men, and I'm not sure what to expect.

The apology is for the government's past practices surrounding forced adoption. About frickin' time.

I was adopted in the midst of the 'baby scoop era', and I have no clue as to whether I was willingly, thoughtfully surrendered (perish the thought) or whether my 17 year old mother was forced by immense societal pressure, a mother who valued the opinions of others more than having a relationship with her own grandchild, by a lack of resources to enable her to bring me up, or by shame and desperation I can't imagine, to relinquish a child she probably never even got to see, let alone hold. Either way... well, words fail me.

I cannot imagine being a young woman who had her baby coldly, violently removed from her four decades ago, preparing for this day - I do expect that there will be some empty chairs of those who just cannot bring themselves to attend. My heart aches for those women.

I do expect there to be anger and tears and that no matter what is said, some will find it all too little, too late - and who could blame them? I hope for a sense of healing, at least the first hope for the hope of healing these decades old wounds.

Being adopted is challenging - it is more complex that I think it is reasonable to expect anyone not touched by adoption to understand. For me, it is sometimes the ultimate clash of internal forces - profound loss, rejection, gratitude and devastation often occur simultaneously. Not every day, thank goodness, but at times, it is overwhelming. I am grateful for the steps I have been able to take to assimilate this reality into my sense of self.

And to those who say 'just get over it' - respectfully I say, piss off. You are not helping and your inability to even attempt to walk a mile in the shoes of another is just sad.

To the friends I have who will respond compassionately to whatever my response is - I thank you in advance.

To those who I can't share this with, I'm sorry. It's just not possible, at least at this point in time.

So if you know someone, love someone, remember someone who has been touched by adoption, think of them with extra kindness this week. They may need a shoulder to cry on, or just someone to take the time to see them, to see their pain and anguish and loss and hope, and to say, I see you and I am truly sorry this happened to you.

Annette
These are a few of my favourite things: cooking, talking, driving through dappled light, crosswords, my home, IKEA, pop music, watching interior design shows, art deco and mordernist architecture, The West Wing, food made with love and shared with friends, books, magazines, autumn, bear hugs, sunshine, laughing, being cosy, thinking about the path I've walked and what's ahead and quiet Sunday afternoons.